Who Is Session Corner?

Nick Pugh has a skill set that ranges from being a top class musician/bass player to a much in demand producer, recording, and mixing engineer. He has also toured as a FOH engineer/production sound designer. He has been involved at the highest level in all of these capacities and is fastidious in his approach. He is fully conversant with Pro Tools, Logic, Pro Tools, Cubase, QLab and Premiere Pro, and live consoles by the likes of DigiCo, SSL, Yamaha etc. 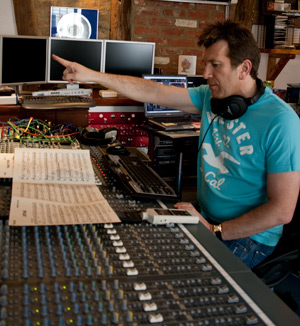 Barry Robinson is a Musical Director, Conductor, Arranger, Composer, Vocalist and Producer. He has worked extensively in television as both a performer and writer. His credits also embrace numerous West End shows as well as being Musical director for various artists and celebrities. He also has a portfolio of original production shows.